I started off the month with a few private parties and then attended the Austin Magic Auction. I love going to Austin because it allows me to visit with my cousins Rodger & Alex.  I celebrated my 38th birthday in April and my magic was featured in MAGIC magazine and an interview in the UK’s ABRA magazine (click here).  While in town I did a few shows for the Rough Rider baseball team in Frisco, and I was all over the state of Texas performing in San Antonio, Longview and Sulphur Springs for various clients like State Farm Insurance.  But most of my time was spent preparing for my month long tour of Europe.

The end of April I flew to the UK with my mother, aunt and grandfather.  We met up with family (The Woodleys) in Leeds and were treated to many British customs and venues.  From there I began my 15 city lecture tour.  My cousin Russell and I drove to Glasgow, Scotland for my lecture which I considered a success.  While there we also toured the town of Edinburgh and it’s infamous military Castle.  From there it was back Leeds and then onto Rhyl in North Wales (which was beautiful).  Then I went ontoScarborough, which I loved, and then onto Newcastle Upon Tyne.  I returned to Leeds to hang with family a little more and then drove onto Blackpool (home of the world’s largest magic convention) and home of the famous pick-pocket magician Mark Raffles.

Then I went onto Manchester where there was an influx of 40,000 travelers who were there to see the soccer match between Russia and Scotland.  Luckily I left the day before the Scots lost and vandalized the town of Manchester.  Then I went onto Liverpool (home of the Beatles), to Nottingham (home of Robin Hood), to Derby (pronounced DARBEE), to Bath (where I took the Magic Walking Tour- starring thefunny and talented Noel Brittan), to Cornwall (home of King Arthur), to Salisbury (where I stopped to see Stonehenge), to London (where I lectured at International Magic and the prestigious Magic Circle), to Surrey and onto Essex where I stayed with my cousin Adrian and his fiance Laura- and met her parents- The Anstees.

While in London I took a bus tour of the wonderful city, where the average speed limit is 10 miles per hour because 7 million people live there and 8 million people visit it every day.  I also toured the National Gallery, the British Museum (where I took in lots of Egyptian artifacts like the Rosetta Stone), the Sherlock Holmes Museum, and had dinner in Sherlock’s Pub and took the Jack The Ripper Tour. 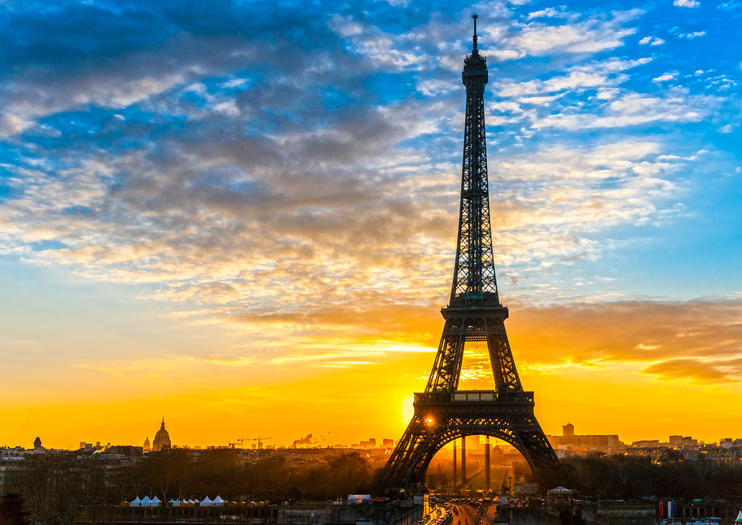 Then I went on to Paris, France to vacation.  I stayed at the quaint Hotel Arcadie in Montparnasse which was conveniently located between three Metro stations.  I started off by spending the first day at the Louvre museum where I was overwhelmed by the buildings and corridors of hundreds of pieces of artwork and statues (like the Mona Lisa and the Venus de Milo).  The next day I took a bus tour of the city and stopped at Notre Dame cathedral, the Champs Elysees, the Arc de Triomphe and (my favorite) the Musee D’Orsay where I stood in awe before the works of Monet, Manet, Van Gogh, Renoir, Rousseau, etc.  The next day I visited the beautiful Sacre Coeur and then went to the top of the Eiffel Tower.  That night I took a champagne dinner cruise down the Seine and was treated to wonderful scenery, some culinary delights and a great live band.

My head was spinning the next day as I prepared to leave just thinking about all that I had taken in. I had been in Europe for 30 days and lived out of a suitcase and stayed in 20 different cities.  The trip back was long and tiresome.  It was a very stressful day barely catching the train, the flight, and then the airlines lost my bags once I was home.  I was so tired I didn’t even care.  I was just glad to be home.  Luckily, the bags were later delivered to my doorstep.

I did the math and figured out that with my plane rides, train rides, bus rides, car rides and rental car drives that I traveled about 15,000 miles.  To see the path I drove across the UK click on my Google Map.  I’m sure the white or gray hairs will begin popping up anytime now.  Regardless, I cannot wait to return to Europe to take in more of it and to see all of my family there (that I now miss dearly).  Sometimes I have to pinch myself when I think how lucky I am that my job takes me to so many interesting places and how I am so fortunate to make a living doing what I love!!