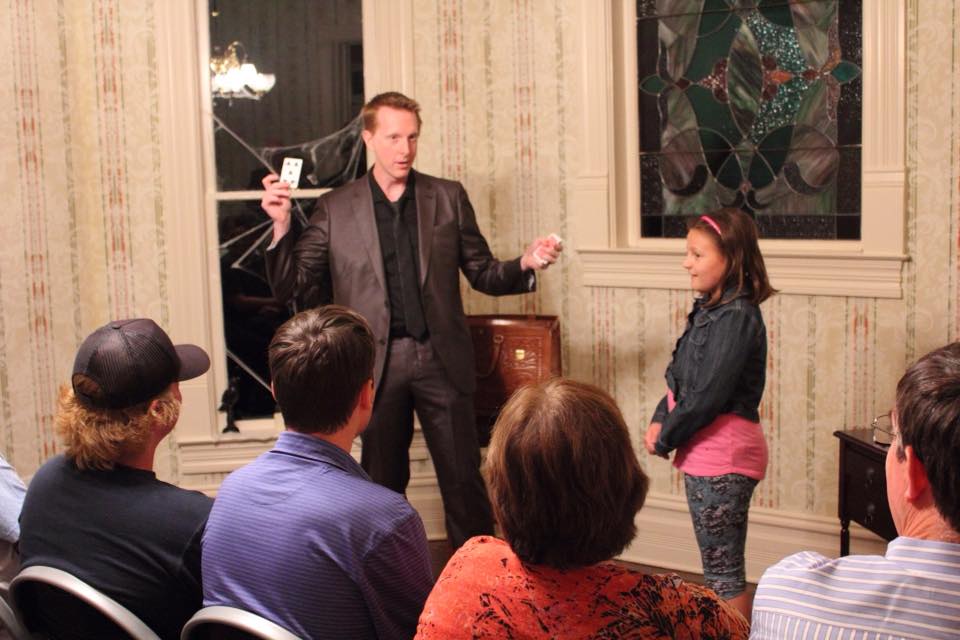 Fall is my favorite time of the year.  I love the weather and the fact that most of my performances are done during the holiday season.  In October I celebrated many family birthdays.  I’ve had lots of gigs taking me all over the state, lots of sushi dinners with my friends the Baileys, lots of poker tournaments and lots of prepping for a tour. I was also fortunate to attend two shows at the Peacock Theater (one of magic’s hidden treasures).  Plus, I spent the day at the State Fair with a good friend. 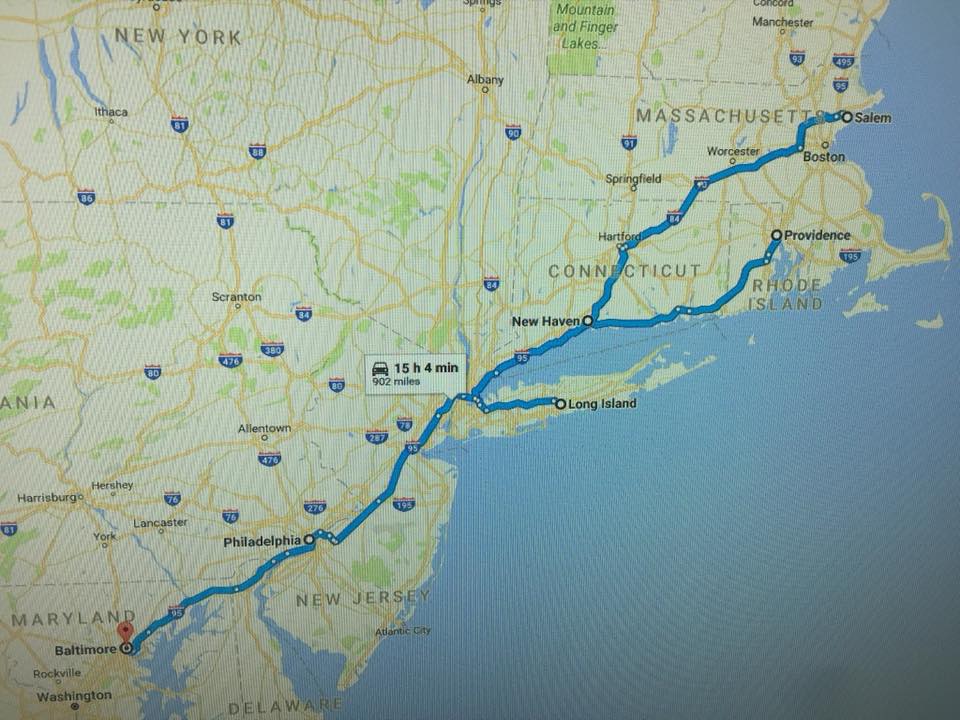 My East Coast tour took me to (Long Island, NY), (Salem, MA), (New Haven, CT), (Providence, RI), (Philadelphia, PA) and (Baltimore, MD).  It was 6 stops over 10 days.  It was very profitable.  Some of the highlights were seeing Marc Desouza’s amazing home theater and his collection of magic memorabilia, Denny & Lee’s huge magic shop, Diamond Magic’s new owner and renovations and the extra time I spent in Salem getting to know the town.  I flew to NY and rented a car.  It was the perfect season to drive the tour to see the changing colors of the leaves. 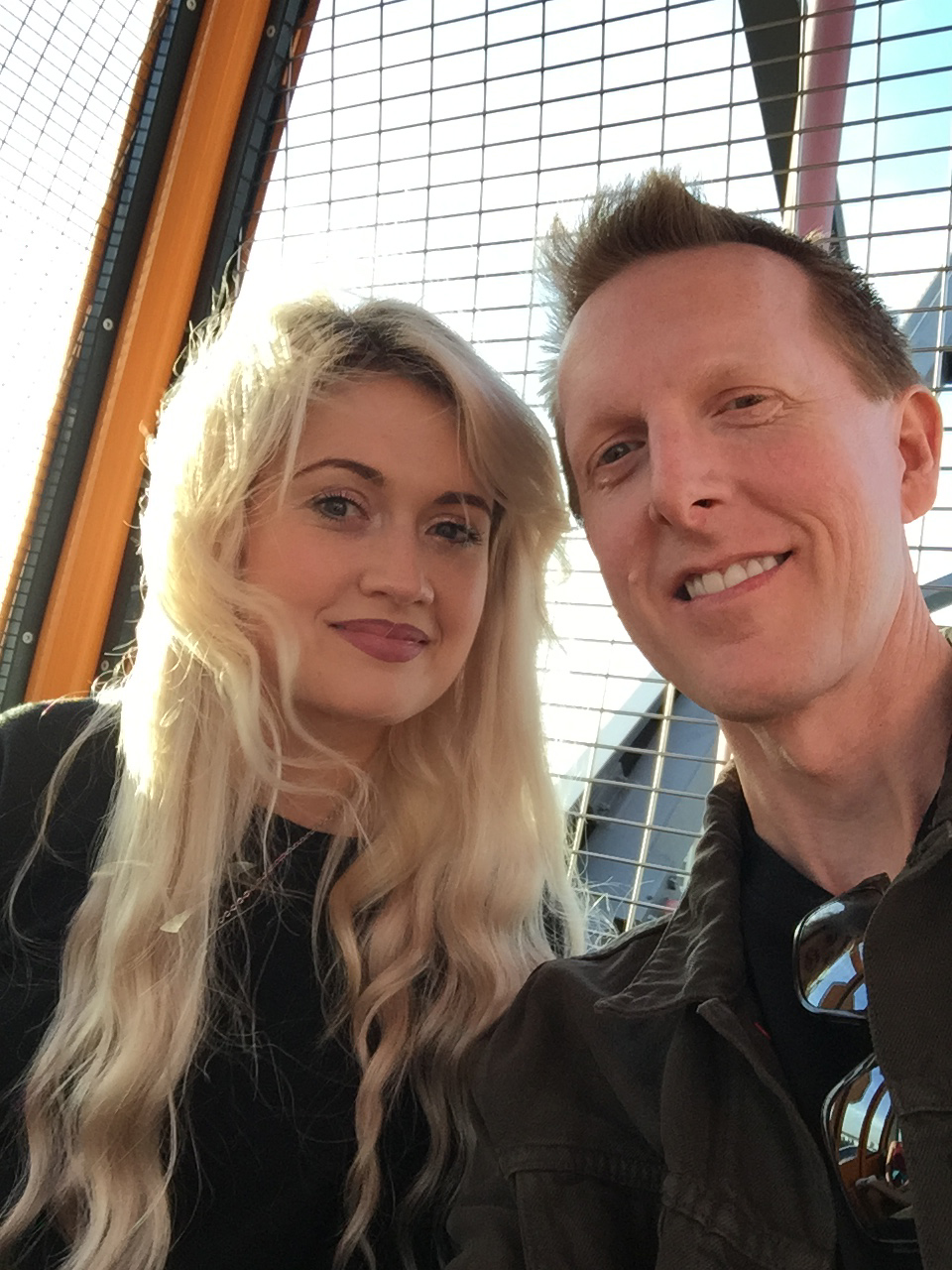 Upon returning the following day I had a six hour strolling gig and then a fun private event that night.  The following week I had a couple more shows and then flew to Burbank, CA to stay with a buddy.  That night I saw many magician friends in a theater benefit show.  I was very happy to attend.  The next day I went to see a special premier of the movie Coco with friends and was granted free admission to California Adventures.  The place was packed but the rides were fun! A lot of my time on this trip was spent with my good friend Chloe.  She’s an upcoming magician.  I see a lot myself in her with her passion and dedication to the art.  She’s one to look out for!

The next night I had an important business meeting at the Magic Castle that should put some money in my pocket soon.  The following day I found the fashion district in LA and bought some items. That night I was lucky to attend a free comedy show with six upcoming comedians.  It was a good show.

The next day I flew home to Dallas and had a show that night.  While at this show much of the young crowd kept saying, “That’s the magician from Dude Perfect!”  I filmed an episode for their new series on Nickelodean about 6 months ago.  I had forgotten about it.  I’ve posted a clip below but the full episode can be seen here.  I also did a podcast interview for The Commute with Steve Olivas.  My part starts at 17:30. Listen to it here.

I was blessed to celebrate Thanksgiving with many of my family and friends.  Basically, I celebrated four separate times so I could see everyone.  So much food!  I’ll be hitting the gym soon to rectify all the carbs and sweets I took in.  Things are great.  December is looking better than ever.  Currently I have 23 shows booked for December, which consists mostly of corporate events.  I still have 15 days off because there are many days where I’m doing 2-3 shows a day.  Frankly, I hope to do more. I love my job!