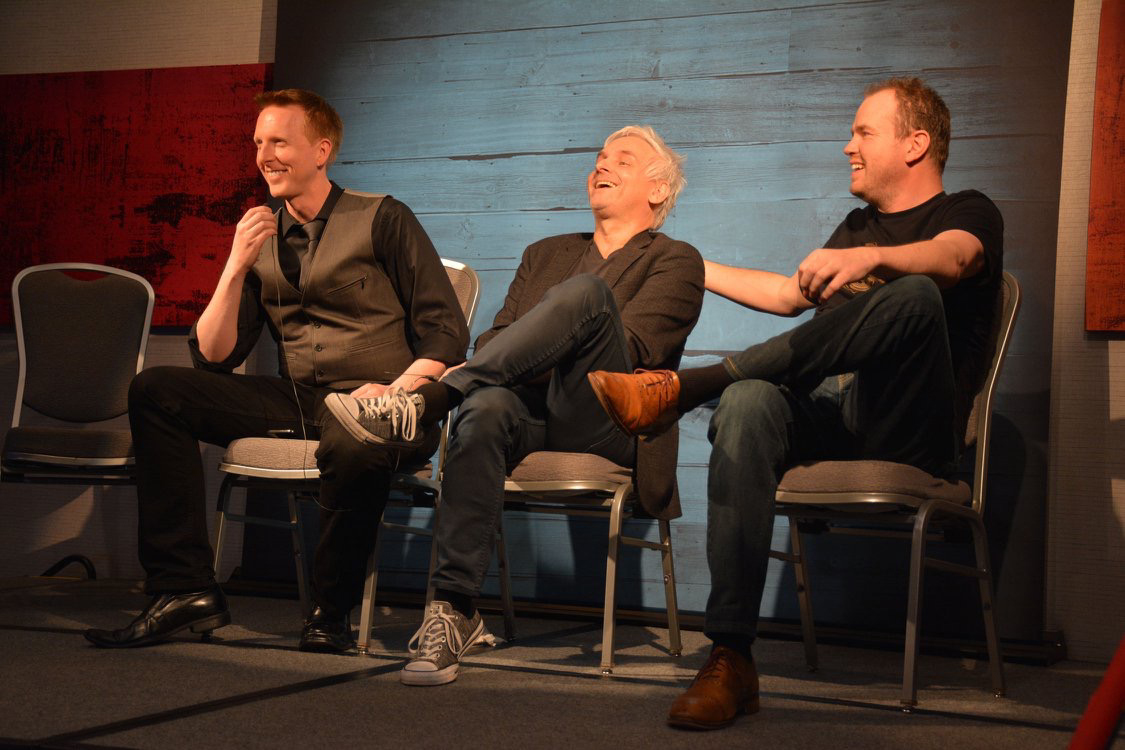 I kicked off April by flying to Atlanta to do another Penguin Magic Live event. I was lucky to be working along side the best of the best.  It was myself, Danny Garcia, Michael Weber, Chad Long, Dan Harlan, Brent Braun, Gazzo and more.  We performed on Friday night and lectured on Saturday.  The crowd of about 200 was enthusiastic and fun!  It was great seeing old friends and making new ones.  We do it again in late June and return to Newark, NJ. 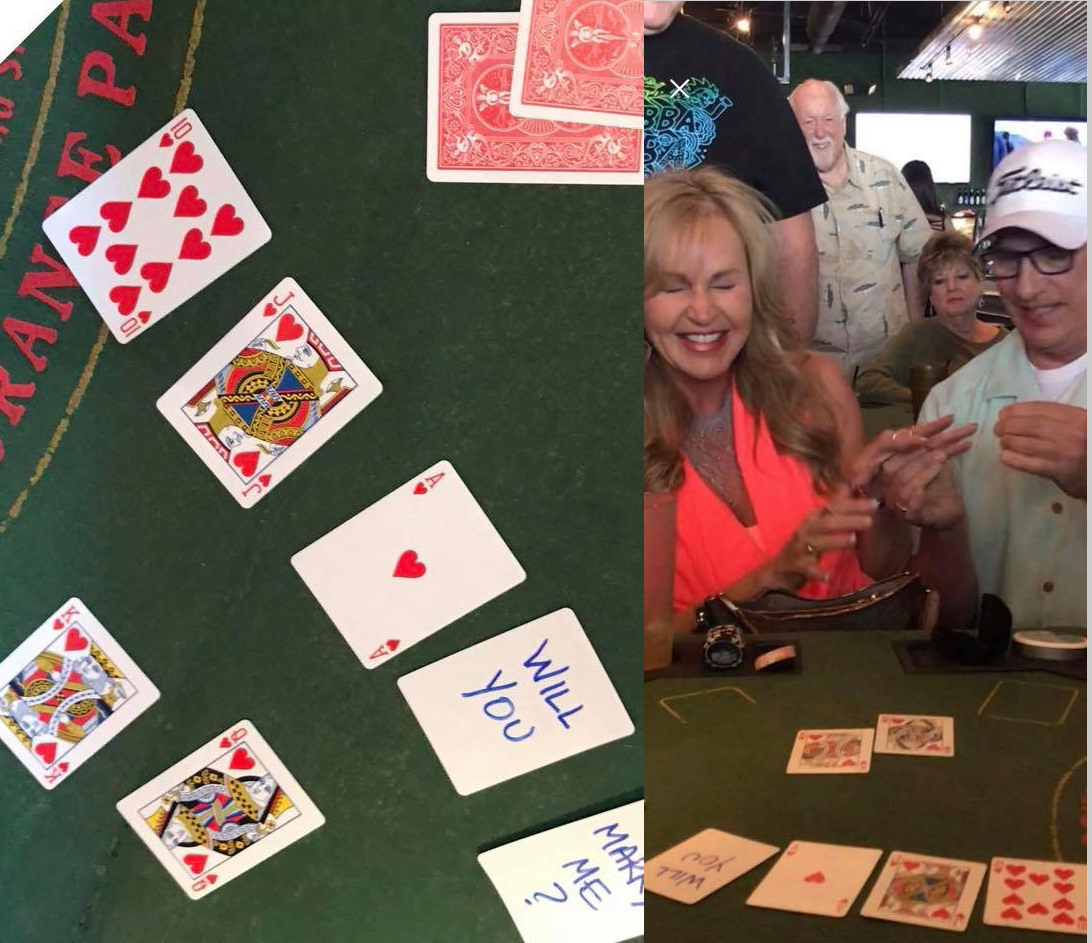 Once again I’ve had several house projects, poker tournaments, attendances at the Peacock theater and have been working many private shows.  Some of my clients recently were a classic radio station, Meals on Wheels and Southwest Airlines.  A friend of mine owns a few bars and has had me work at The Velvet Elvis and tonight I’ll perform at The Local Public House. Both are biker bars and I have learned over 30 years of performing that bikers go crazy for my magic typically.

One gig was especially sweet.  I made a friend playing poker named Jeff.  Jeff told me he wanted to marry his girlfriend Terri and come up with a magical proposal.  Since they both met playing poker we arranged it where I would “magically” deal her favorite hand the King and Queen of Hearts and follow it up on the board with a Royal Flush.  The last two cards blew her mind and luckily she said yes!  I’m happy for both of them.

I have some friends that I consider family basically.   I love the whole lot of them.  My buddy Woody, who has since passed, I’m sure enjoys watching our relationships blossom.  I have spent holidays and graduations with them recently.  I’m proud of all of them and especially Rylee who just graduated and swept the sports awards banquet.  She is going to school on a basketball scholarship.  I was shocked to see she quoted me in her high school year book.  This young lady will go far and I know she will succeed in her quests.

Where does the time go?  Wow!  I’m about to catch up on four months of blogging.  The biggest news is that I bought my old house back!  It was mutually beneficial for my ex-wife and I.  She will always be my friend. I’m happy to be back in the old neighborhood with my friends and all the new amenities near me.  It’s a booming area here.  Much time has been spent on painting, refurbishing, unboxing, purging, etc.  For those that visited the old house you’ll remember it was a fun place to be.  Well… the fun keeps increasing with more games, etc.  Come by and visit! 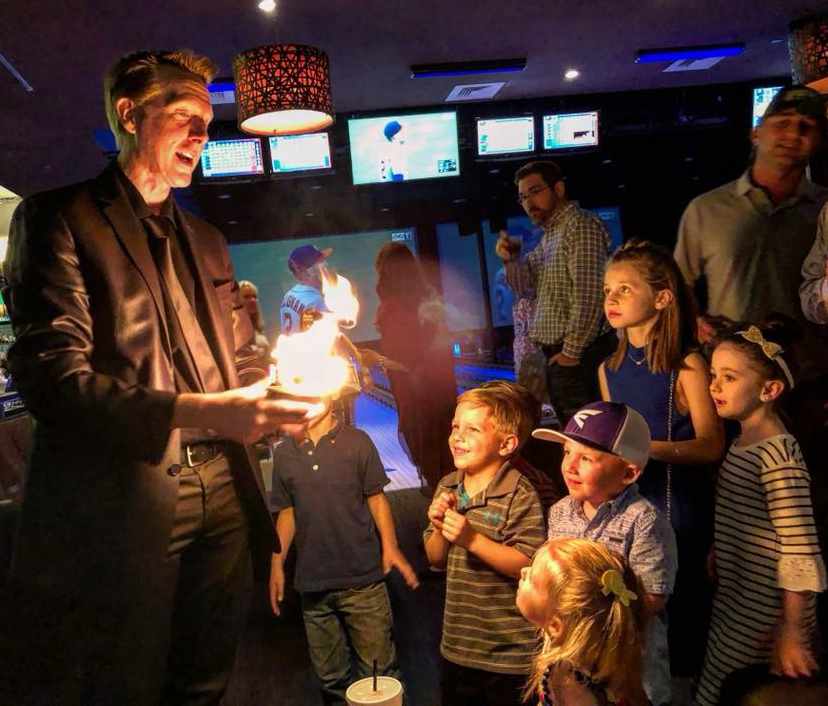 Luckily I have been busy with shows which are usually private parties and corporate events.  I returned again to Jackson’s Pottery.  I’ve done a lot of work for a well to do family.  I had a big show at the Ritz Carlton.  I worked the Dallas Cowboy’s Club.  I’ve had gigs at Reunion Tower and many more.  One show I did was a fundraiser for a lady battling cancer; they didn’t have a budget so I did it for free!  There were mostly adults at the fundraiser that night but you can see in the fire photo that kids are always drawn to me. 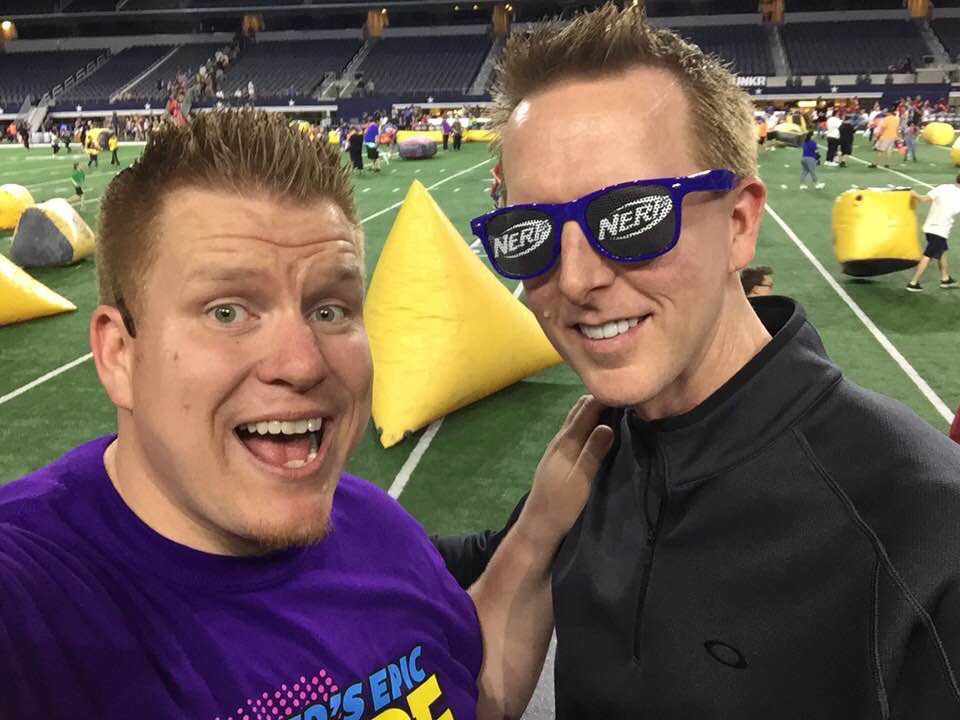 Some of the fun things I did over the past couple months were playing lots of poker.  I had dinners with family and friends.  My buddy Jesse helped me with lots of house projects.  I attended the Texas Pinball Festival where I did magic for Lou Ferrigno “The Incredible Hulk”.  And how can I forget the Epic Nerf Battle #3.  My buddy Jared Guynes entertained thousands in an epic way! 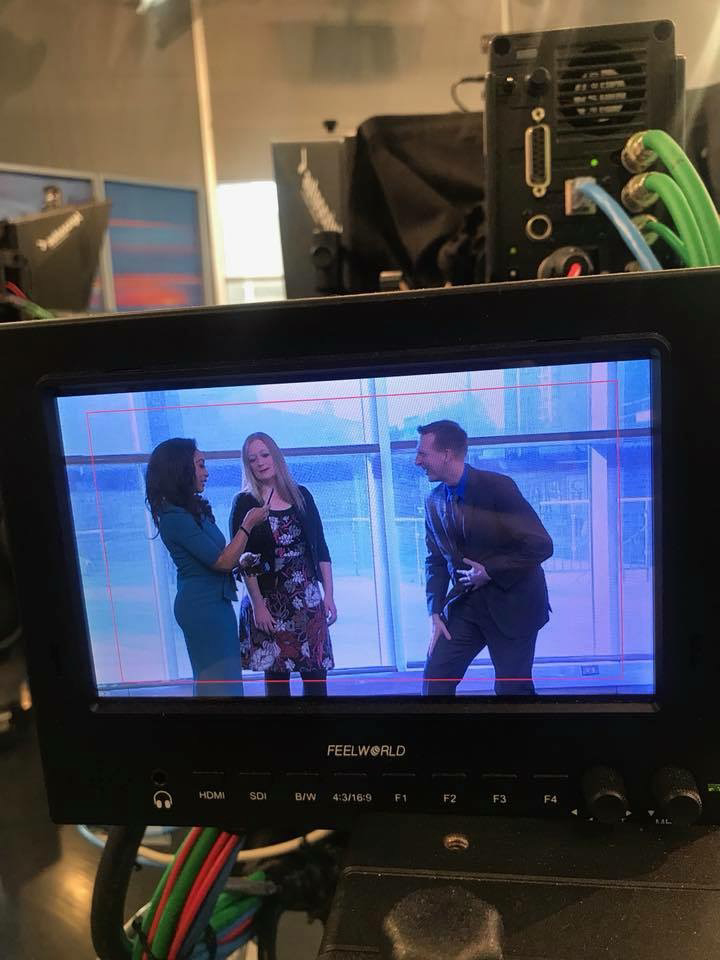 I also did the morning TV show Good Morning Texas again.  It was shot live and used to promote my appearances at Dallas’ Reunion Tower.  The host was blown away.  I did a visual morphing card illusion and did a mind-reading trick.  The producer said that they’d love to have me back.  We will see what happens.

In February I made time to make a trek to Austin to film more episodes of Scam School.  To date I’ve done about 40 episodes.  I believe I am the most regular guest star magician on the show.  See some of the new episodes below.