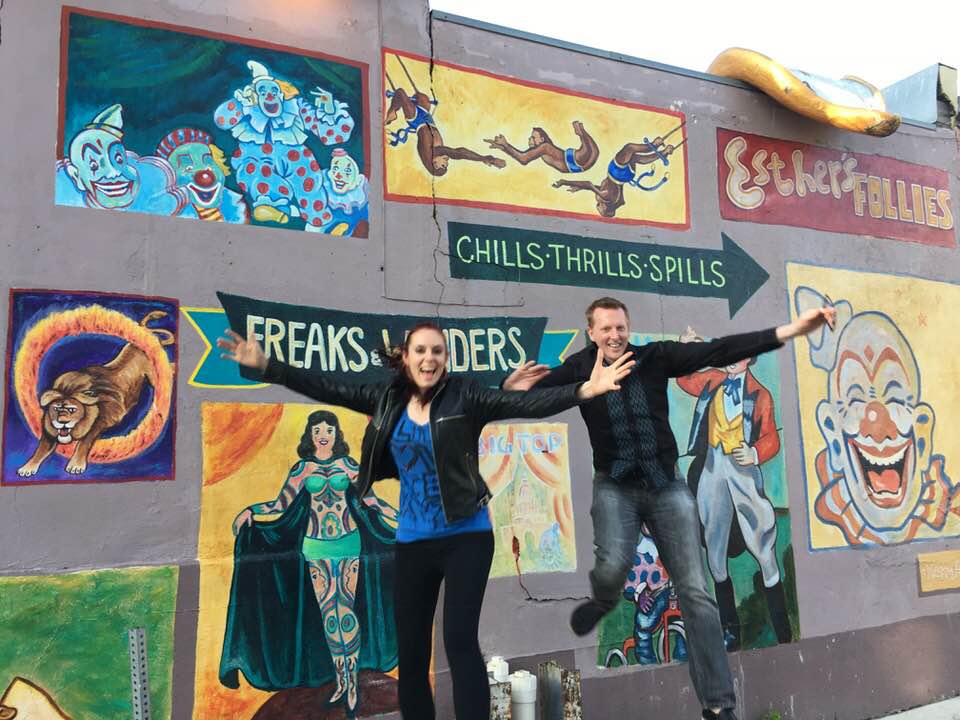 I’ve been fixing up my house since I moved in.  I’ve slowly been adding a second game room.  I travel lots and work hard so I want my place to be a fun house and a refuge.  Currently I have two pinball machines, a slot machine, a pachinko machine, a shuffleboard table, a pool table, dart board, etc. I’ve also added a game called Donkey Bags, a 1956 stand-up arcade called a Skill-Roll machine, plus some backyard games.  I’m expecting a few more arcade games soon. 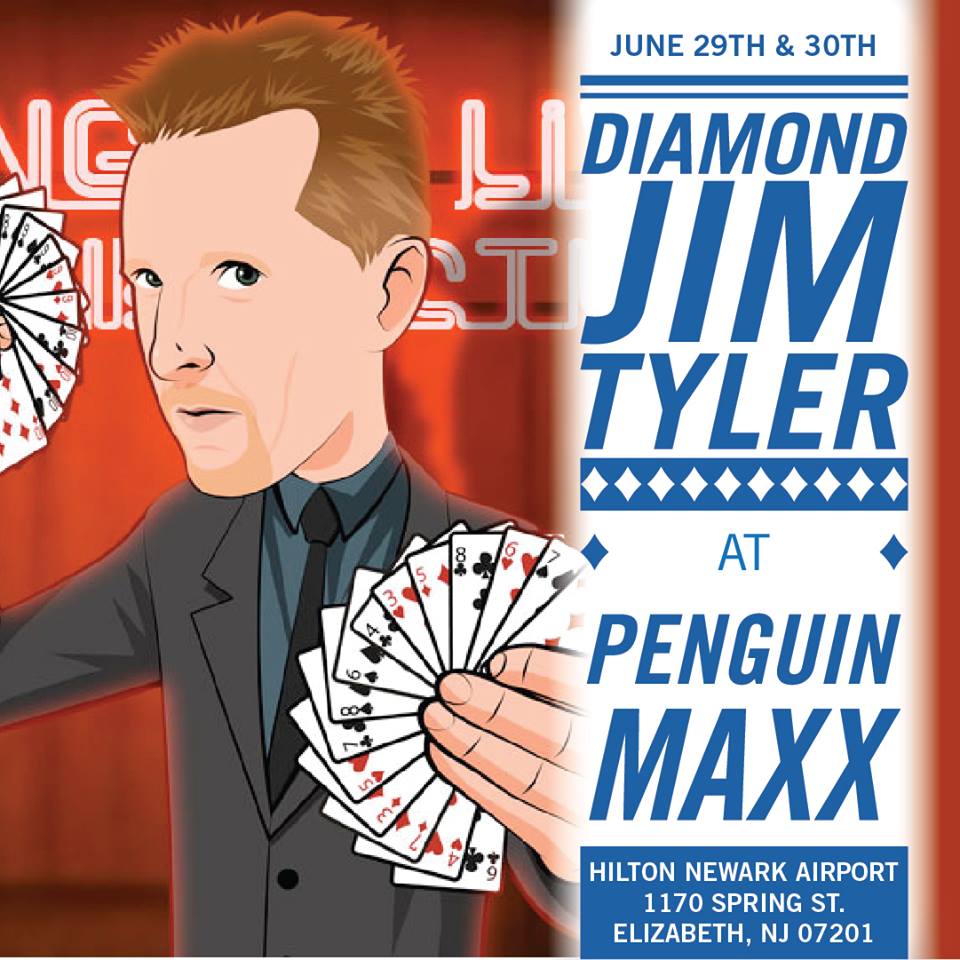 June and July were filled with shows for the Dallas Country Club, Dive Coastal Cuisine, Reunion Tower, The Don’t Tell Supper Club and the Quixotic World.  I made a jaunt to Austin to meet my friend Deanna, see my cousin Rodger and see one of my favorite shows Esther’s Follies starring the amazing Ray Anderson. At the end of June I flew to New Jersey to work another Penguin Maxx Event.  I worked alongside some of the best in the business (Dan Harlan, Michael Kaminskas, Brent Braun, Meir Yedid, Michael Weber, Losander and John Lovick).  It was a fun and profitable event.  I’m happy to be apart of this ensemble.  We will do it again in September in Chicago.  It was great seeing fans and friends and making new ones.  I was there 1.5 days and flew home on Saturday June 30th.  Sunday July 1st I flew into Burbank and was greeted my good friend Mitch Fleck. 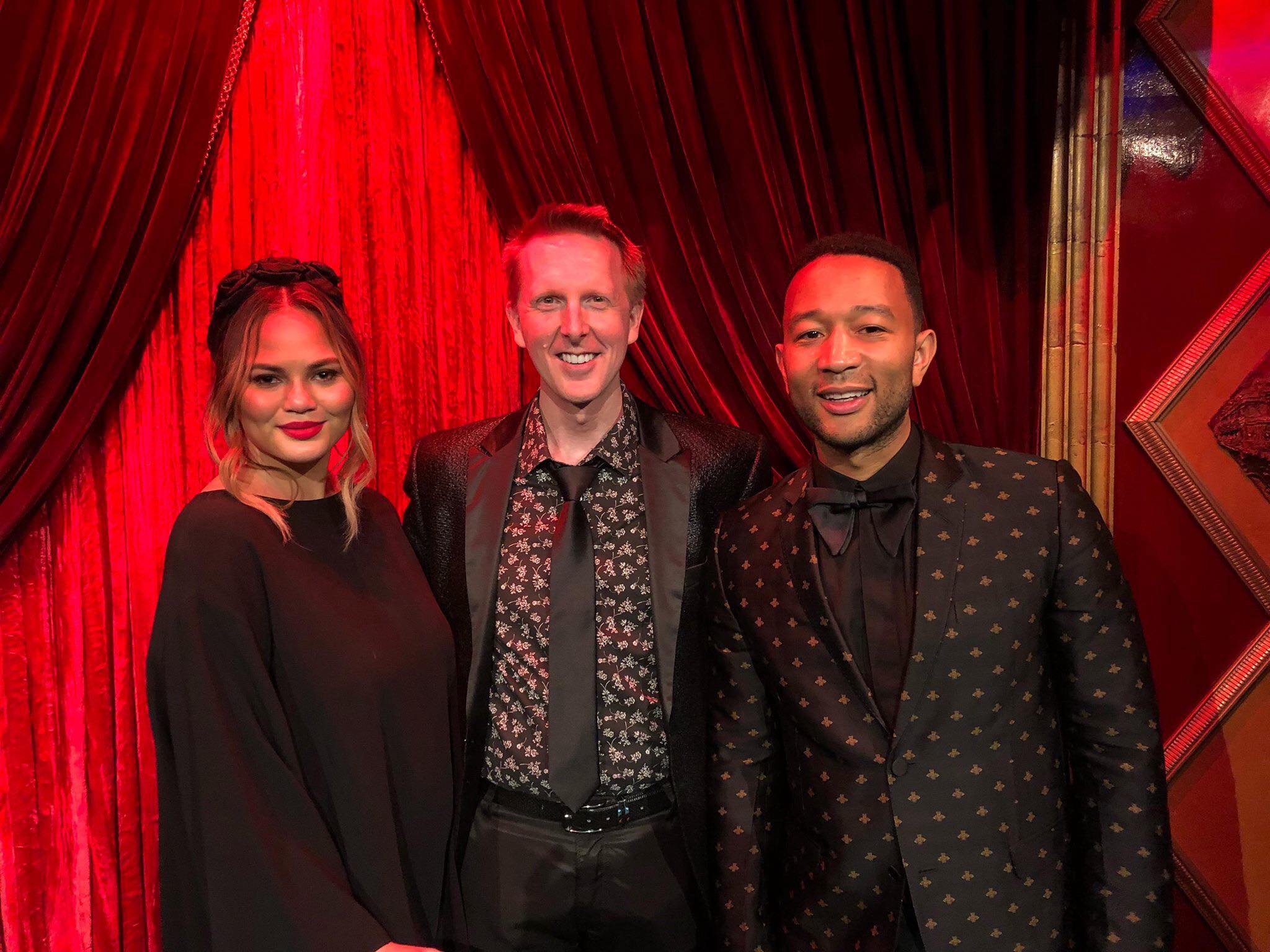 The following Monday I prepped and checked into my apartment for the week provided by the Magic Castle.  I was ready to begin my 13th performance week when I learned the news that my best friend in LA died that morning from heart surgery complications.  His name was Brian Gillis.  I idolized Brian.  He was Johnny Carson’s favorite magician.  In the early 2000’s he would put me up at his Castle in Redondo Beach.  He loved to laugh and I loved to prank him and make him laugh.  He was a fixture of the Magic Castle.  It was a strange and somber week for me this time. However, I could hear Brian’s laugh in my shows even though he was gone.  I mentioned his name in each of my shows to honor him.  He was such an amazing magician… it’s hard to put into words.  Watch the clip of Brian above and judge for yourself. 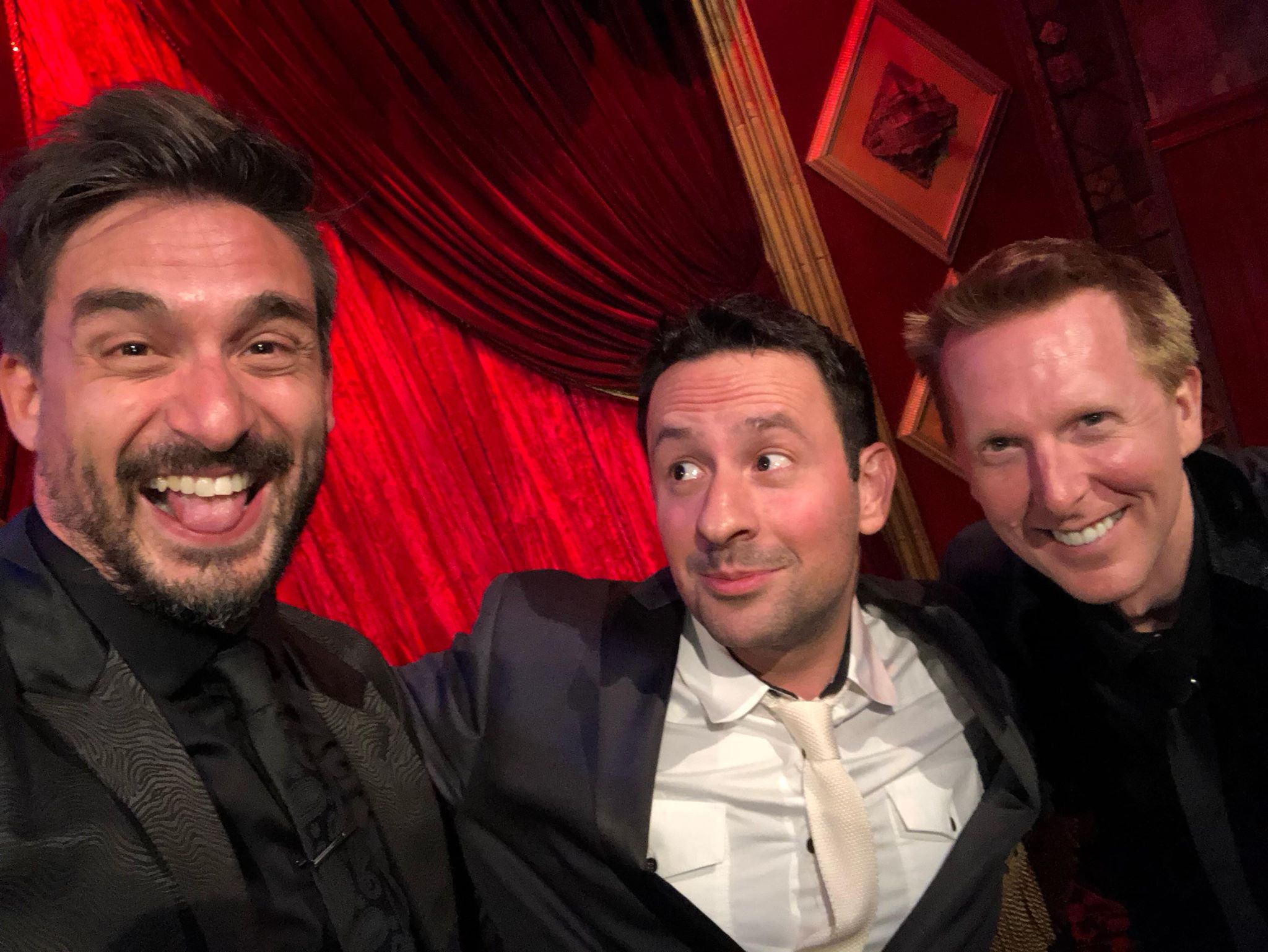 As usual my shows got stronger and stronger throughout the week at the Castle.  Often times I received standing ovations.  This is not easy to do for the time slot I was given.  I’d do 4 shows per night between 10pm and 1am.  People are tired and drunk and have seen lots of great magic by the time they get to me. 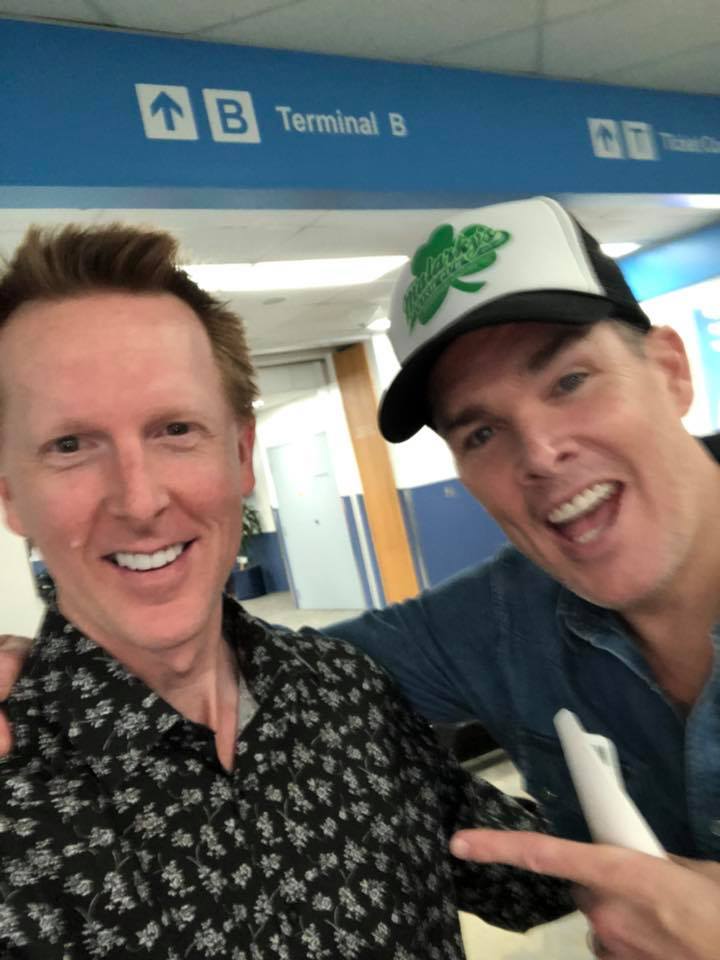 Although I was sad about Brian’s passing, the week was one for my memory books.  Many great things happened.  Entertaining John Legend and his wife Chrissy Teigen was a highlight.  Running into Mark McGrath of Sugar Ray and TV fame twice was fun! However bonding with my friend Riccardo Berdini, who was a mutual friend of Brian’s, was one of the most rewarding.  Hanging out with my good friend Mitch Rogers who flew out to see me was lots of fun. Mitch and I toured Warner Brothers studio and stood on the sets of many famous movies and TV shows. 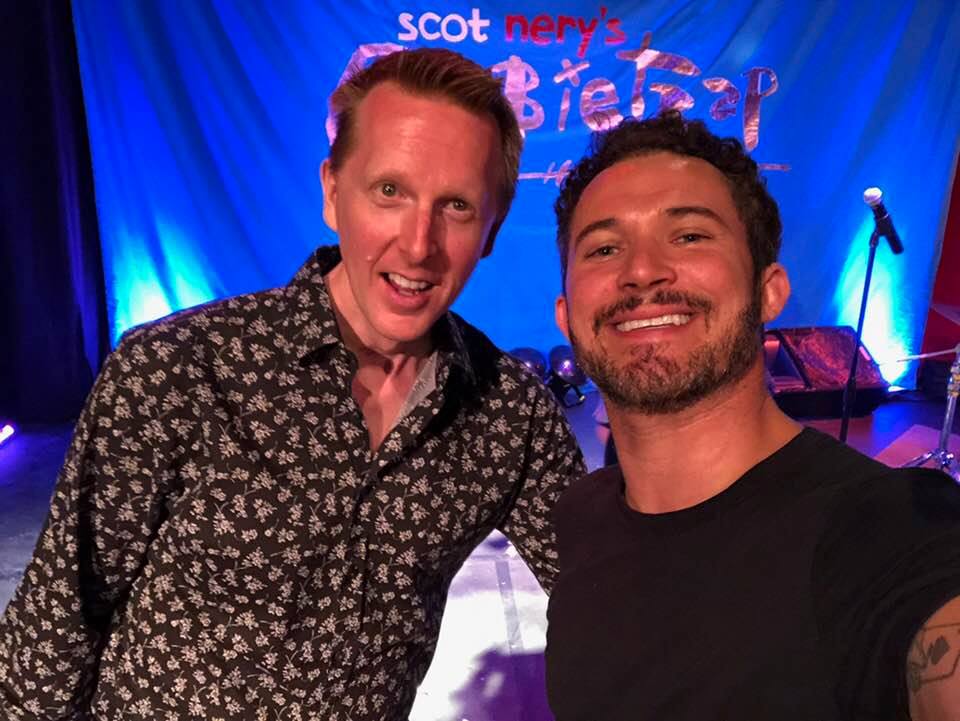 My friend Mitch Fleck, who is one of the nicest and smartest guys I know, always has a room for me if I need it.  He and I saw the show Boobie Trap on July 4th which features a dozen variety entertainers.  The show was good and the big treat was seeing my friend Justin Willman emcee that night.  Justin rocked the room.  He’s well known in the magic world, was the host of Cup Cake Wars, and has a Netflix series coming out soon.

As I wrapped up my work week I saw my new friend Fenik from Mexico lecture at the Castle.  He did a great job.  His routines are well thought out.  I attended a little bit of Soapy Smith night at the Castle.  It was fun seeing people dressed up like saloon girls and gunslingers.

Now that I’m back in Dallas I’m catching up on desktop business and sending invoices to clients for upcoming shows.  I’m packaging routines and thinking about what to market next. The big thing on the horizon is Magic Live in early August.  I’m excited to be there in Vegas to see the shows, buy some new toys, and see all my friends and colleagues.

See some of the latest Scam School episodes starring myself below: