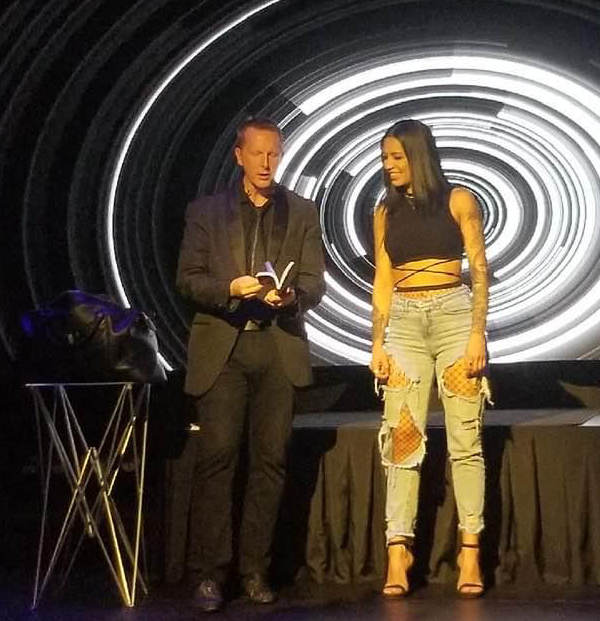 I’ve spent the last few months doing shows and lots of travelling.  It’s nice to see things are opening up again.  I spent a couple of days with my cousins Rodger & Alex at their lake house on Cedar Creek Lake.  Rodger grew up there and I visited frequently because it belonged to two of my favorite relatives who were my great aunt and uncle Bonnie and Harlan.  We had a great time visiting and kayaking on the lake.

A friend and I visited the Texas Chainsaw Massacre house where the original movie was filmed.  That film is still disturbing today.  Many people believed it to be real.  We stayed at the adjacent Antlers Inn which is unique in its own right.  If you’re ever near Kingsland, TX then you must see both.  We went on from there to visit an animal drive-around safari where we saw giraffes, deer, etc.

Later in the month I did my one-man show in Addison, TX at my buddy Joe’s theater.  I’ve done my show there about 6 times now and each month it is sold out with the 52 seats.  I could pack 100 in there but I try to space folks out and keep it more intimate.  I’ve been getting nice reviews.  I appreciate immensely all of the help that Joe and his team have given me.  His team runs the lights, sound, music, etc.  The next show is Friday September, 24th.

My new book Mini Magic Marvels has hit the shelves.  This is my third release with Dover Publications.  They make sure my book is found worldwide in bookstores and online.  The book is a collection of easy to do magic effects.  I’m proud of the way it turned out.  I’m hoping that when the world is more open that I can schedule some book signings in stores.  You can buy a signed copy on my site here. 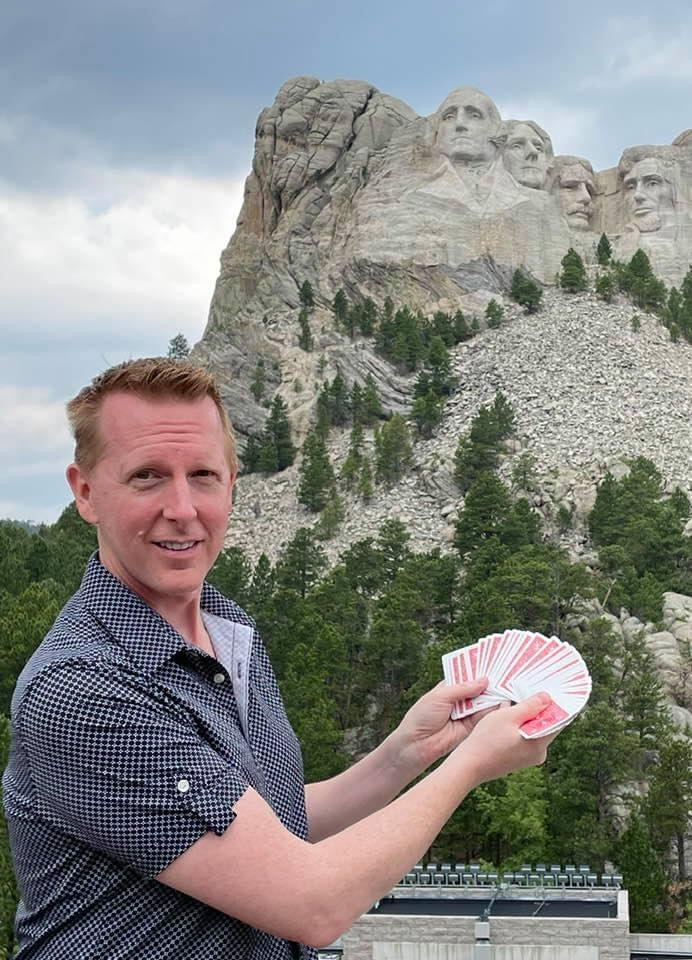 My friend converted an ambulance into an RV and we visited Boise, Idaho.  It reminded me a little of Seattle.  From their we went on to Wyoming where we took on the breath-taking views and camped out in Yellowstone for a few days.  We went onto the Dakotas as well.  We stayed with a nice couple in Rapid City, SD and had to see Mount Rushmore. I can now proudly say that I have performed for four former Presidents and literally left them stone-faced.  Being a huge classic movie buff I was happy to visit the monument since it is where the epic ending takes place for the Hitchcock film North by Northwest starring Cary Grant.  We also drove through parts of the country where Dances With Wolves was filmed which is another movie favorite.

One night in Rapid City we walked around the town and found a different bronze statue of each former President on the corner.  The 10th President John Tyler is supposedly a relative.  The last picture here shows me standing next to the statue.  I think I see a resemblance! 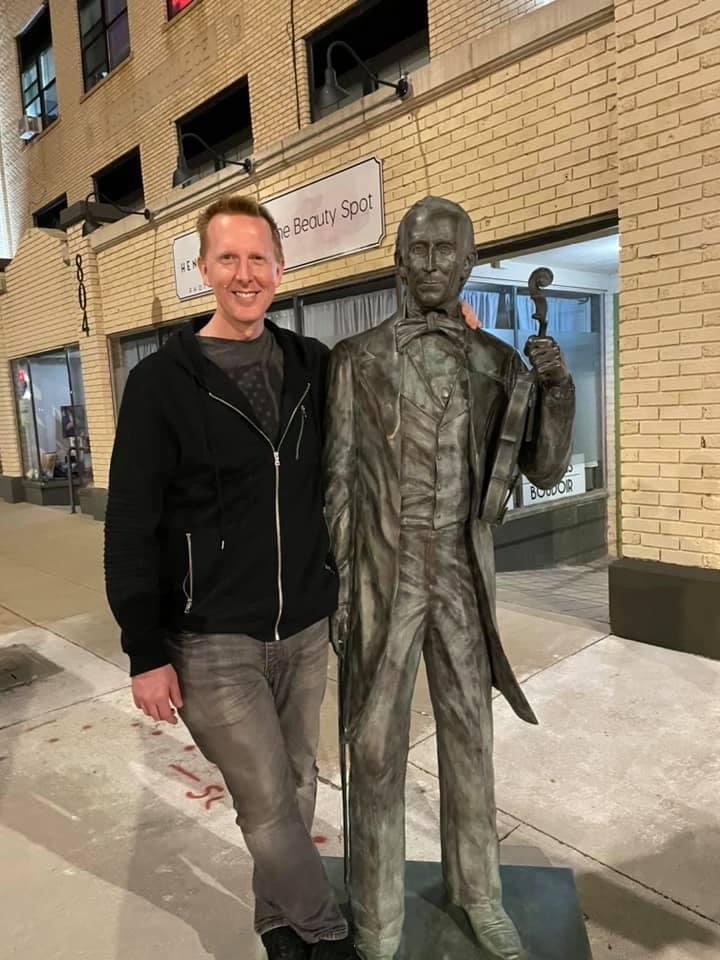 From there we went onto Colon, Michigan “The Magic Capitol of the World” to see the Abbott’s convention and the famous magician graveyard.  We stopped at water falls, caves, the Potato Museum, Atomic City, Deadwood (which I loved), a hot air balloon festival and more.  After that we visited an Amish community as we passed through Connecticut.  We did New York and visited Times Square.  Plus we spent a couple of days in Salem, MA to learn more about the nefarious witch trials.  Many people were tortured and died for silly religious beliefs.  It was a very eye opening tour of several states.  Frankly I’m glad to be home back in Texas.  After this tour I can say that I have now proudly performed in all 50 of the United States!

I am still working on editing Bamboozlers 4 and my artist is fast at work trying to complete the last drawings.  I’ve been fortunate to have lots of shows as of late but things are still not anywhere close to what I consider normal.  Luckily I have poker games and friends to hang out with in my downtime.