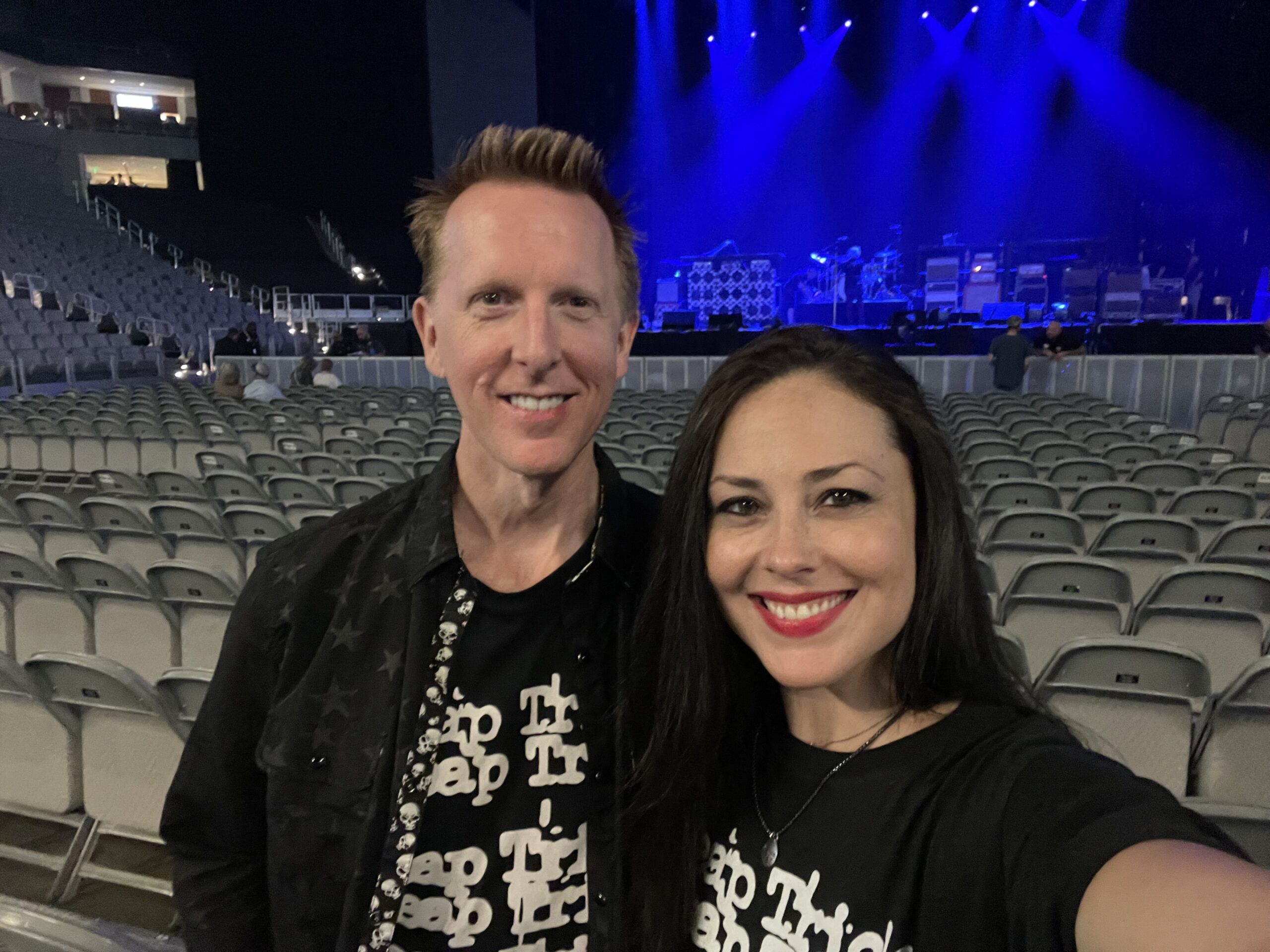 In June I returned to Austin to film more episodes for Scam Nation.  See one of the videos above where Brushwood’s 9-year old daughter Calliope gives me a run for my money.  She’s very clever and super smart like her dad.  Subscribe to Brian’s channel for tons of videos to learn cool magic tricks and bar bets.  If you want to do the dime-penny bar bet like I do, then find what you need on my site here.

The best thing to happen to me recently was meeting a wonderful woman named Drew.  She’s the calm and balance I’ve been searching for.  When not doing shows we have been experiencing lots of fun adventures together.  She’s an amazing lady who happens to be a jet pilot, who trains other pilots.  She’s humble and very inspirational.  I’m lucky to know her.  My new favorite word is “withdrew”. 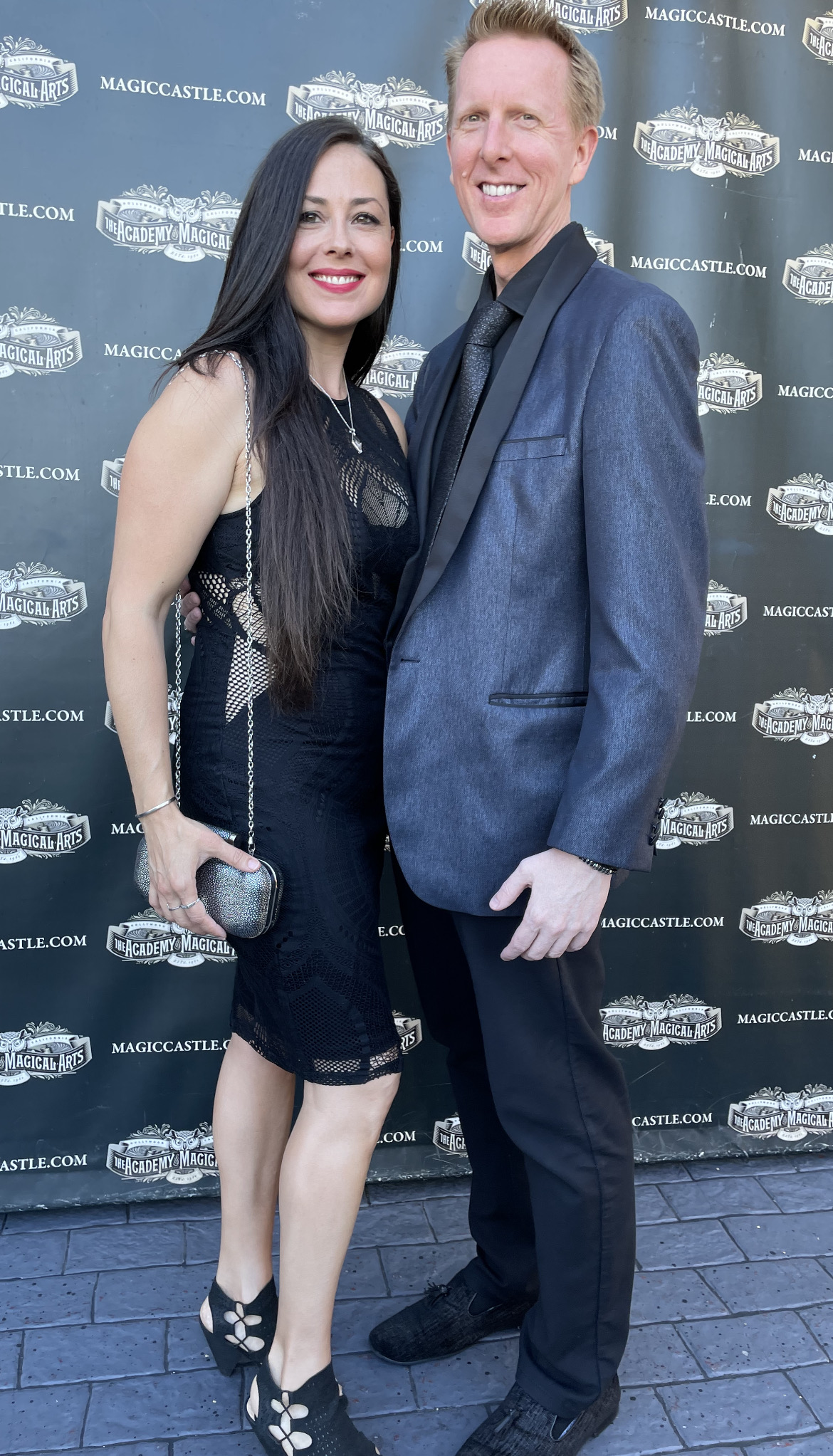 In July Drew and I attended a concert in Fort Worth featuring my favorite band Cheap Trick.  The first time I saw them live was when I was 13.  I’ve seen them in concert at least a dozen times now and have had the pleasure of hanging out with them a couple of times after their concerts.  I have a signed poster and guitar by all the members that hangs proudly in my game room.  Drew is now a big fan too!  They put on a great show.  Although CT was recently inducted into the Rock-n-Roll Hall of Fame, they opened for Rod Stewart.  I’ve always been a fan of his but now I have the utmost respect for the performer that he is.  He put on a helluva show and did over 20 songs.  For a 77 year old man he killed it.  I’m so glad we got to see him live.

After that we visited one of my favorite places on Earth…. The Magic Castle, in Hollywood, California.  I wanted to introduce her to the mecca of my art.  We had a blast.  It was truly a magical night.  One day we will return and she can see me in my element there.  She’s already attended many of my shows and is very supportive.  We dined at Yamashiro’s.  We did the tour at Warner Brothers Studios.  We saw awesome fireworks on the 4th of July.  We did two rooms at the Escape Hotel and finished in record time.  Needless to say we make a good team.  We did a lot in the short time we were there.  Once home we visited her sister’s place and had a fun Murder Mystery themed party.  It was very nice meeting some of Drew’s family. 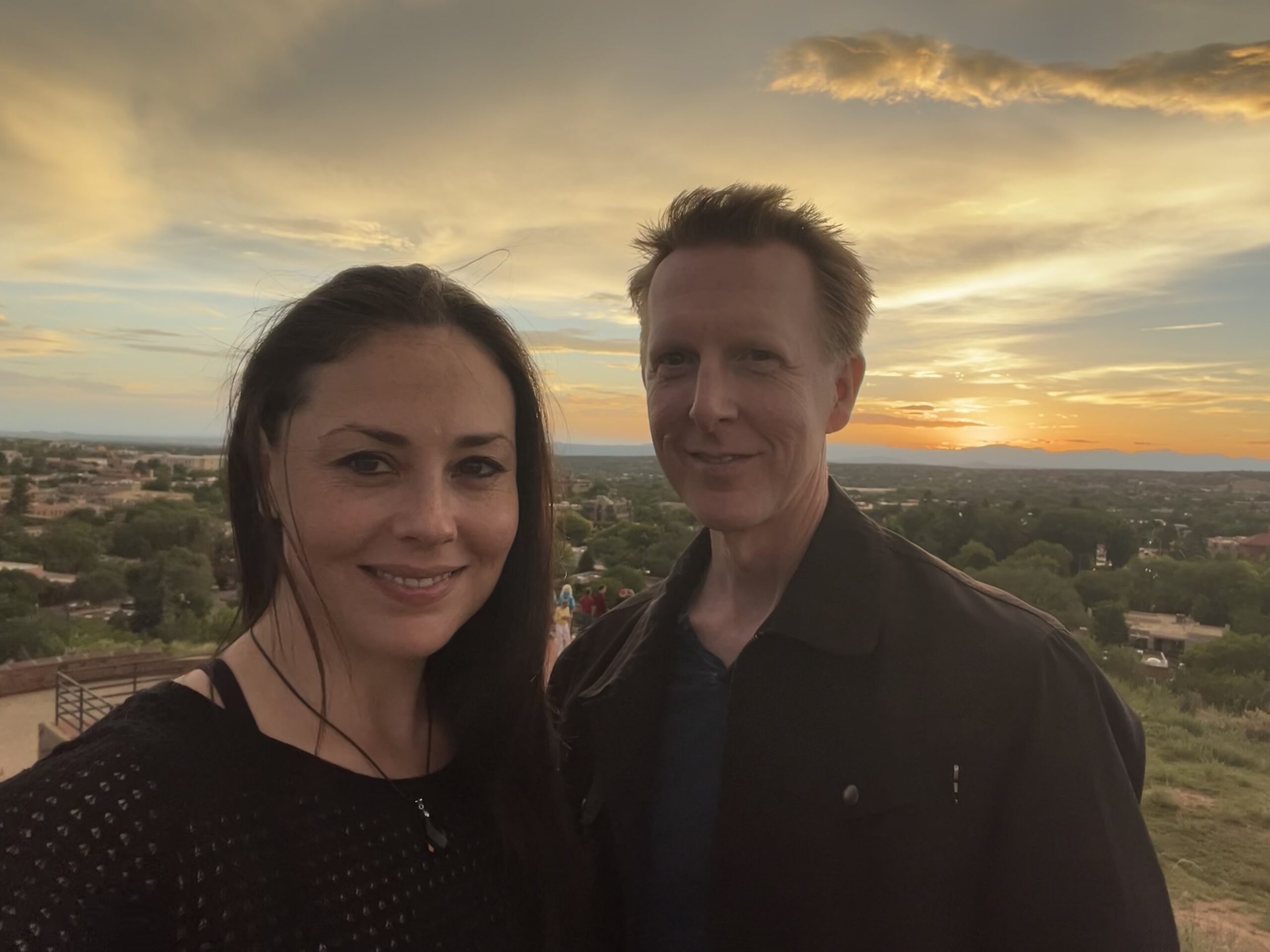 Come August we took a trip to Santa Fe.  What a unique and beautiful place!  There we took in the town and shopped the various galleries and museums.  We bought jewelry, clothing, art, stones, ate well, etc.  I liked the vibe there.  The highlight was seeing Meow Wolf.  It’s an immersive art exhibit that you have to see to understand.  I could post pics but it wouldn’t do the place justice. 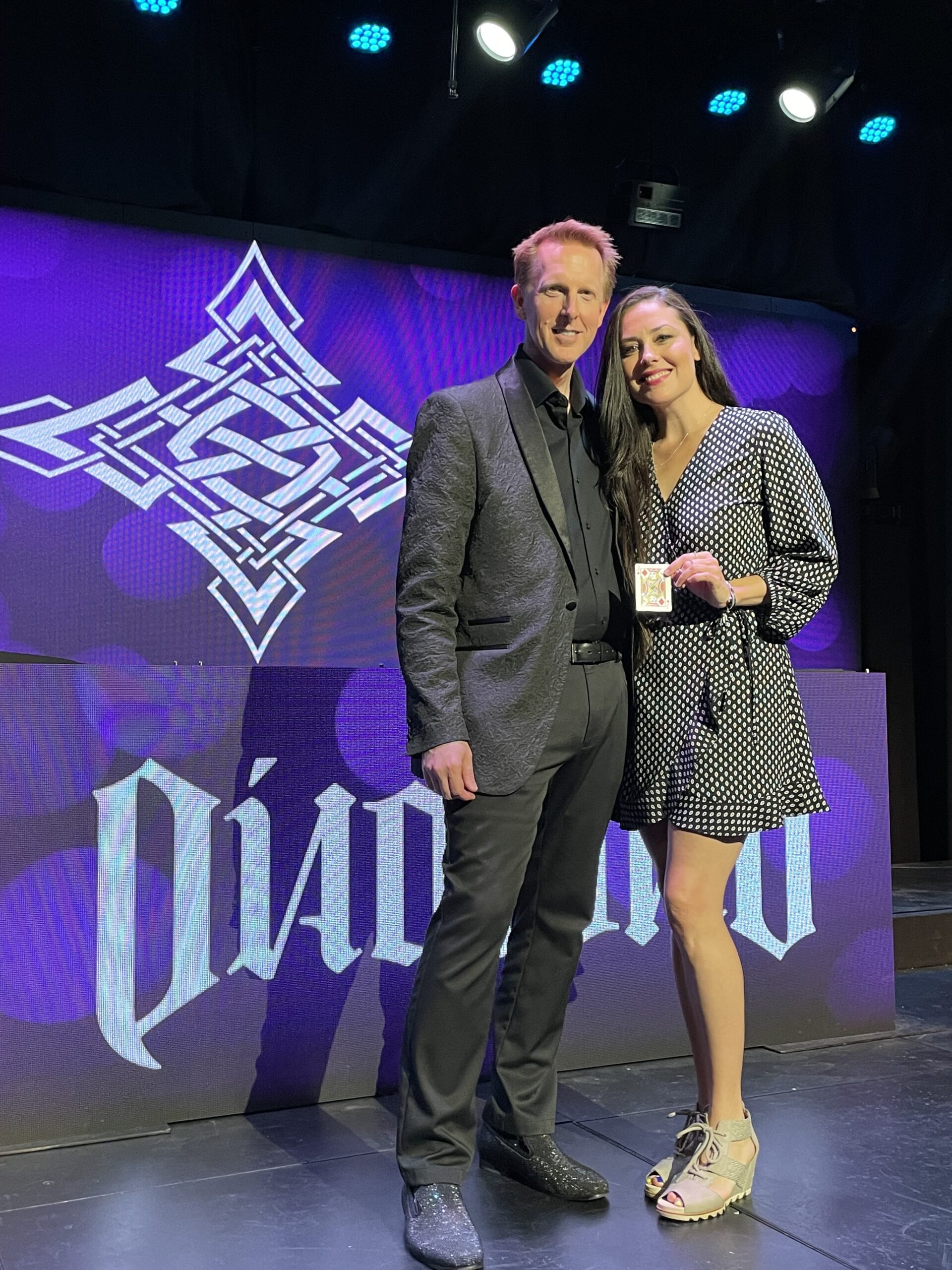 Once home I prepped for my big theater show and had a sold-out enthusiastic crowd.  It was nice to have so many friends, fans and family come out and support me.  My good friend Joe, who owns the theater ran the lights, sound, video, etc.. and made me look like a superstar.  It was a fun night and many have asked when I’ll do it again.  I’m pretty booked up for the rest of 2022 so hopefully the show will return in 2023.  Work has been plentiful and I’ve driven all over DFW to razzle-dazzle my clients.  I also had an overnight gig in Madison, Wisconsin and had forgotten just how pretty that town was.  It was an epic event for a bunch of folks in the medical field. 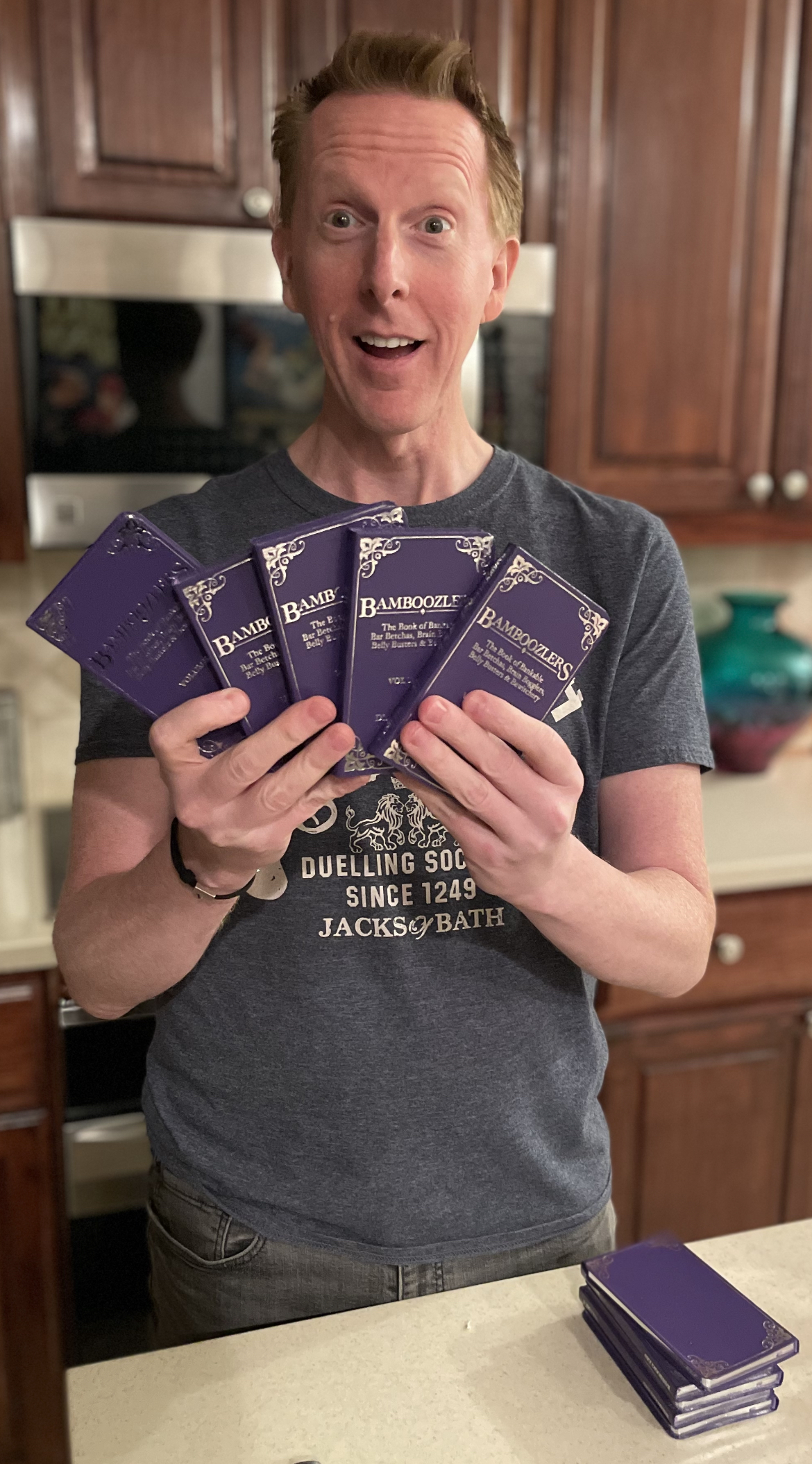 As an artist one of my highlights was releasing the long awaited Bamboozlers Volume Four.  It’s 75 bits of business with 188 pages, and over 170 illustrations by the amazing Benjamin Vincent.  Expect the same classy layout with superior paper, a purple leatherette cover, a satin ribbon marker, with silver foil stamping and silver gilt edges.  This book has been in the making for 9 long years.  Copies have been flying out the door.  Bamboozlers One is now in it’s fourth printing.  Volume Three will soon be in it’s third printing.  However I think I’m going to make this volume a limited run.  Get yours while you can.  Order here.  You can also order all four volumes with 300 effects for a special price here. 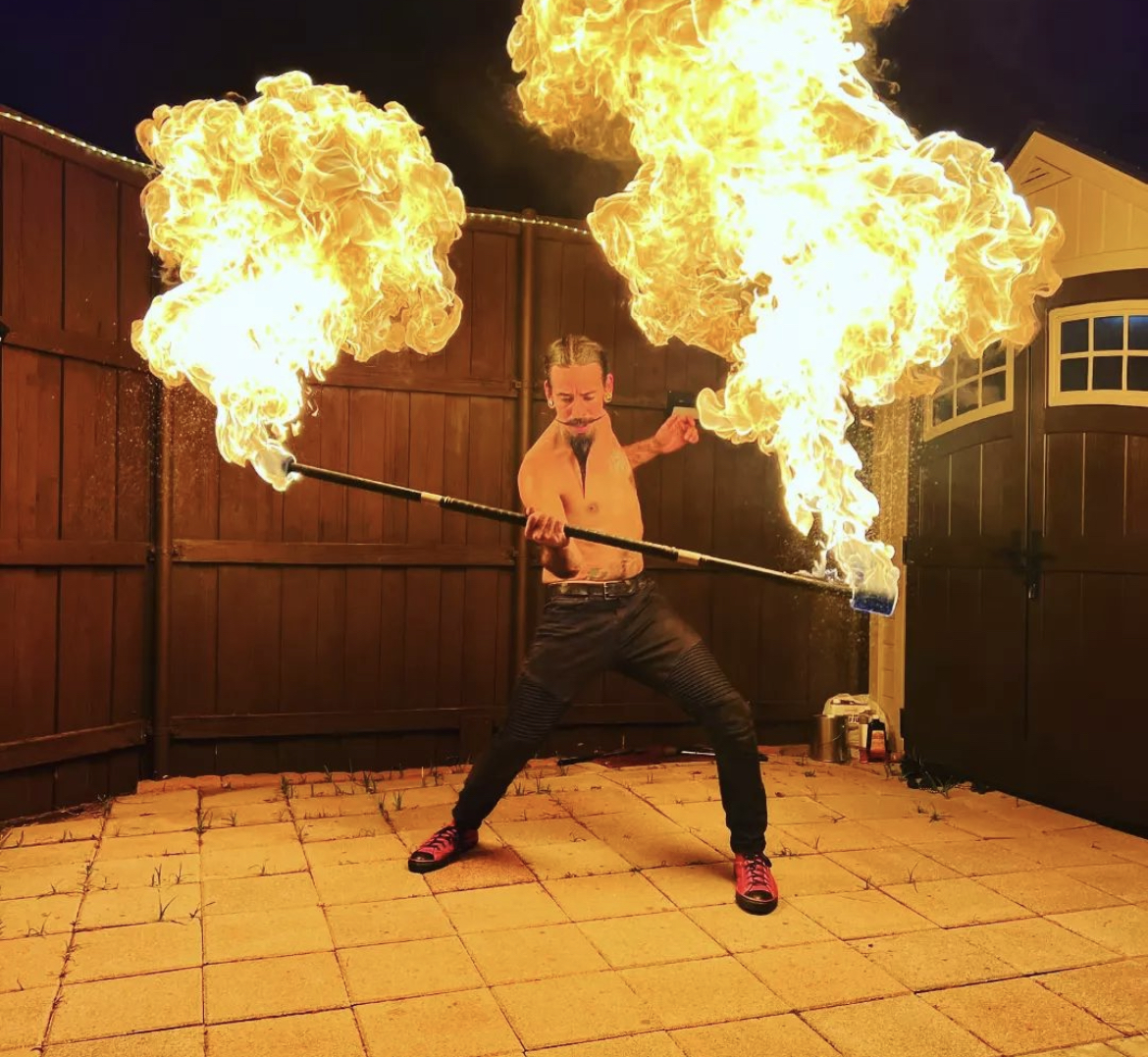 To celebrate all my good fortune I decided to have a house party.  I tried to invite folks who had never been to my home and show them things I get to see every day.  There was a plethora of food and drink. The attendees got to witness a little of my magic, and my arcade like home with lots of pinballs and other games.  We were all entertained by Jobi the Monkey… he’s a capuchin monkey with lots of character.  Jobi looked good for 37.  My guests witnessed the educational and entertaining Daryl with Snake Encounters with lots of various sidewinders.  Then to close the night my friend Josh Ayala did his amazing fire show and I played DJ.  Fun was had by all and many said it was the best party they had ever attended.  Maybe I overshot a little bit.  Life is short so I wanted to give my friends a night they’d always remember.

Plus I have made an amazing new friend named Alex Gerst.  He’s a musician who helps others produce music and albums in his studio.  He’s also in a Cars cover band.  Alex and I share a similar passion for pinball machines.  He has not only repaired some of my machines but also has started his own YouTube pinball channel titled Empire Pinball.  Check out the episode he did about me below: