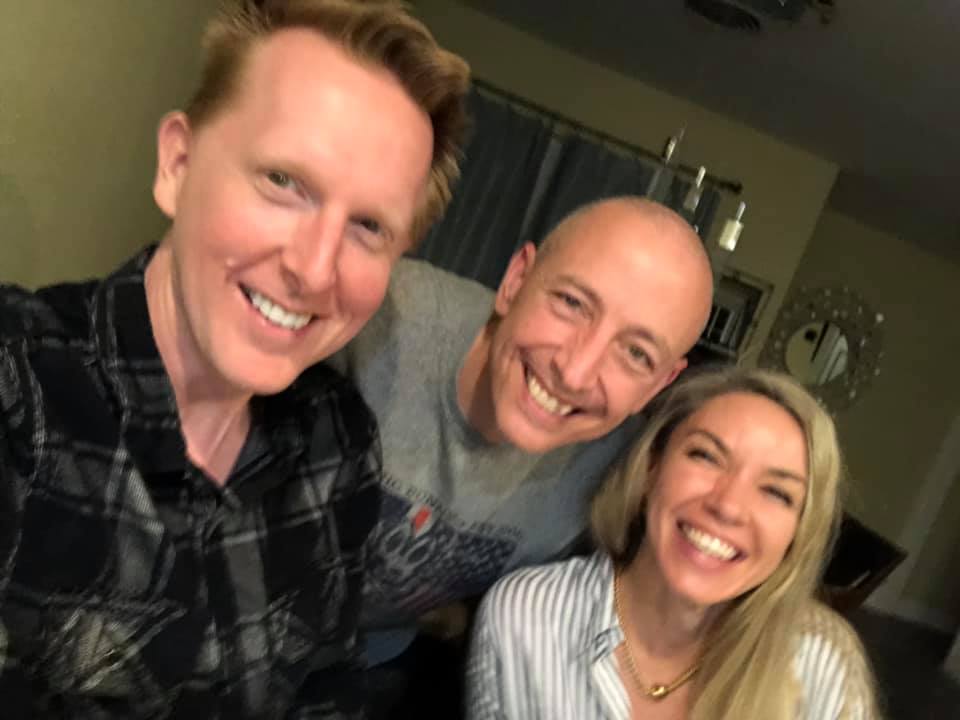 Well… same old song and dance.  I’m busy with shows and projects.  Some of my clients over the past several weeks have been Reunion Tower, Jackson’s Pottery, Exxon, etc. I drove to Houston for one gig.  Then I followed up that trip by going to Austin to hang out with two of my favorite relatives, my cousins Rodger and Alex.  It’s hard not to smile when with them.  Both have been a positive force in my life.  The following weekend I helped Rodger and Alex renovate the property they purchased.  The property once belonged to my great aunt and uncle.  Rodger grew up there and I spent many summers there.  My uncle Harlan was an architect who built the house.  It’s solar powered and has other energy efficient qualities. 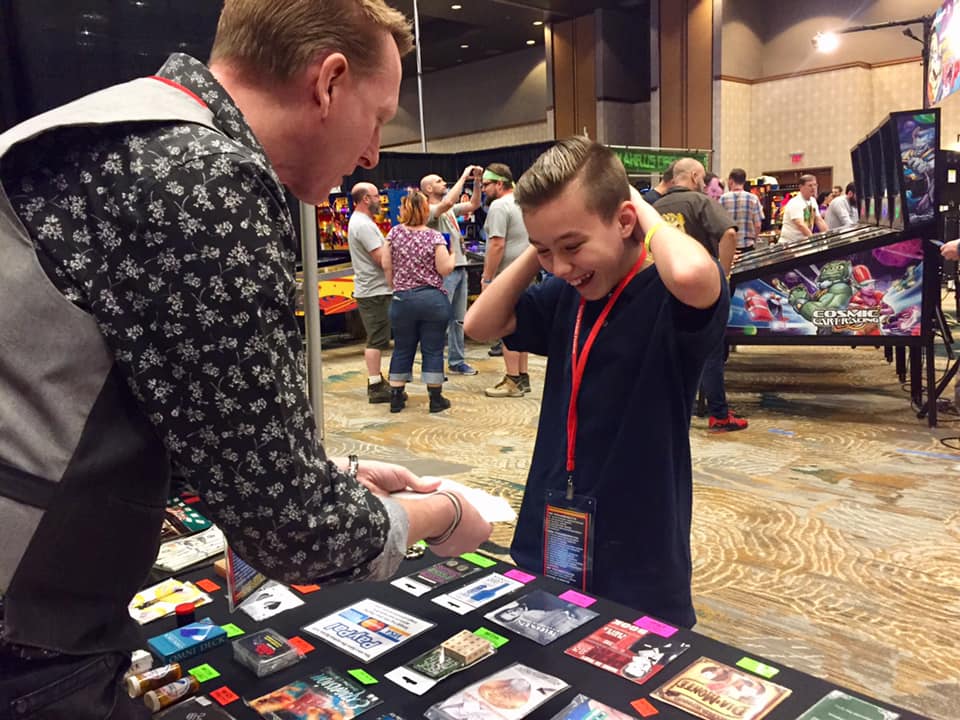 While in Austin I shot more Scam School episodes.  It’s now called Scam Nation.  See an episode at the top and bottom of this post.  Brian Brushwood has been a friend for at least 12 years.  It’s been incredible to watch how he’s become a powerhouse and influencer online.  He’s the host of several Youtube channels like Modern Rogue, Night Attack and co-hosts a podcast called Weird Things.  I’m lucky to know him.  He’s a smart business man and a good friend to me.  He just attended a small birthday dinner I had the other night along with his wife Bonnie.  If you want to be successful then surround yourself with accomplished people.  I have done that in spades with Brian. 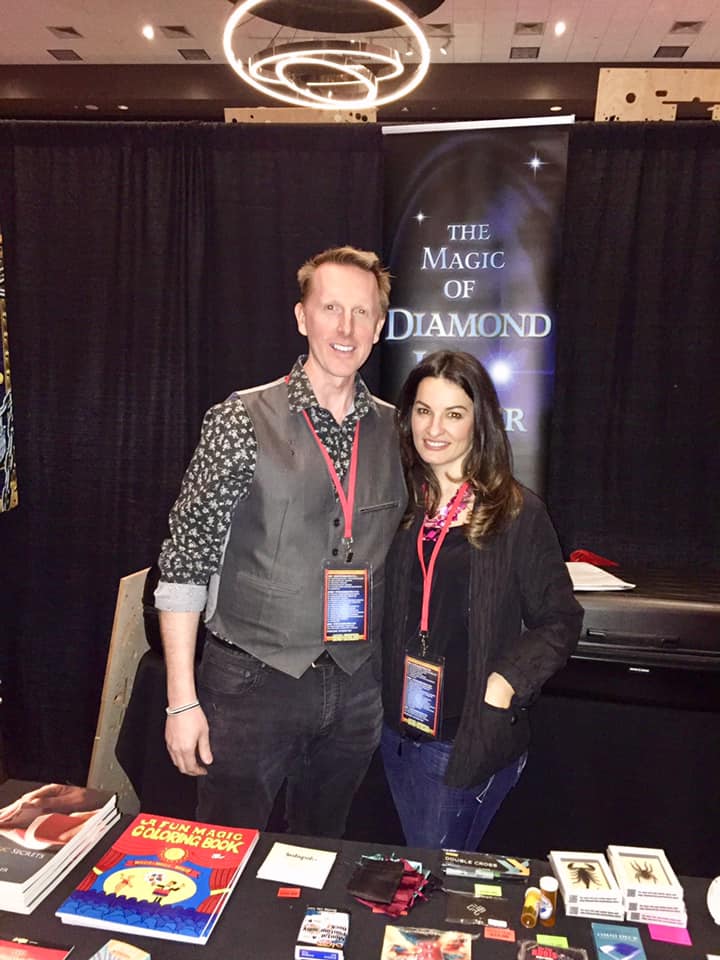 My friend Melissa helped work my magic booths two weekends in a row.  The first was for Penguin Magic in Dallas.  The second was for the Texas Pinball Festival in Frisco.  The Penguin event was very profitable.  The pinball event.. not so much… but I had a blast there and made some new friends.  While at the pinball festival I had the good fortune to meet and perform for the actor John Rhys-Davies.  He was a gentleman and begged for more magic!  He’s best known for his role as Sallah in Indiana Jones and as Gimli in the Lord of the Ring movies.

I met up with my childhood friend Kevin to help him celebrate his 50th.  I love hanging with Kevin and the Davis family.  One of Kevin and I’s first concerts was Cheap Trick.  After that we became die hard fans.  We’ve seen them together many times.  To carry on that tradition I got us awesome seats to see them again in May. 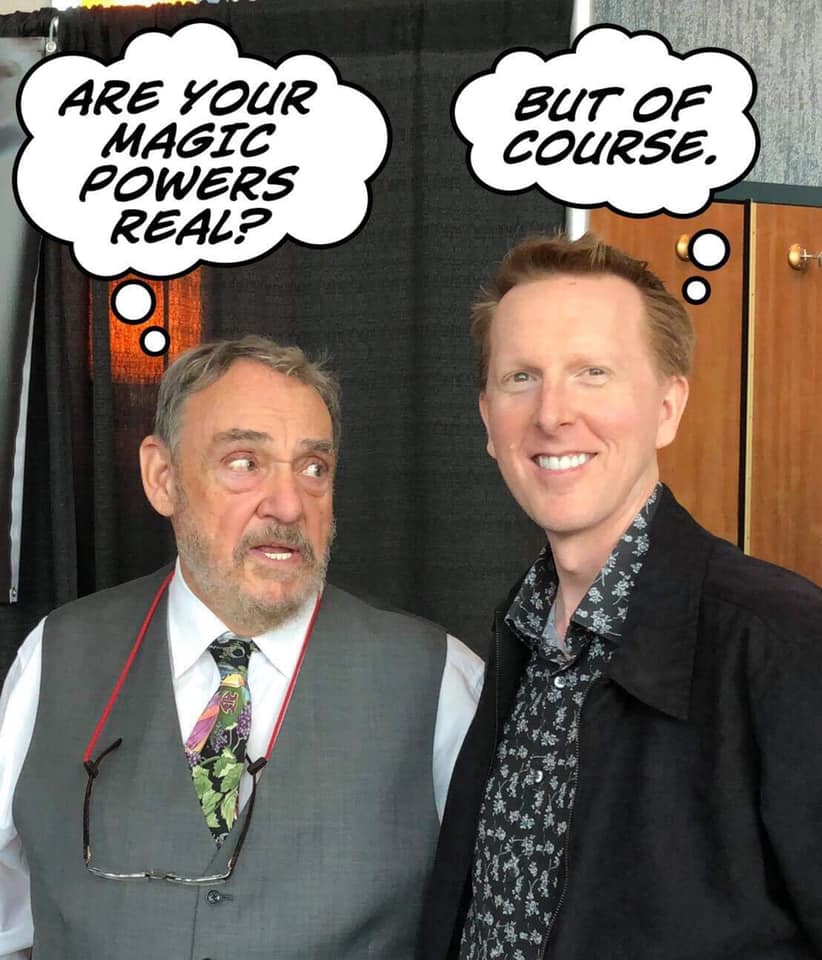 Recently my friend Thom Peterson was in town from the UK to give a magic lecture.  He and his wife Annabel stayed the night and we had a good visit.  Annabel is an amazing artist and does designer cakes now for a living.  Her work is incredible!  Click here to see her site.

I just had a birthday and my friends and family have been fattening me up.  I’ve eaten at Javiers, Blue Fish, Del Friscos, Fish City Grill, Kenny’s Burgers, Jack Allen’s, etc.  My gift to myself was to take another trip to California to visit the world famous Magic Castle.  The Castle bought my dinner one night and I took in lots of great shows with friends.  One night I did a private performance for the Hiltons.  I didn’t know until the next day that they were Paris Hilton’s parents.

The big news is that my mom beat cancer!!  I am beyond blessed.