This is all 3 of Diamond Jim’s cardistry decks. In 2012 the Doomsday Deck was the best-selling custom deck that year. The Doomsday Decks are in short supply. In 2019 DJT released his Diamond Deck.  The Diamond Deck has received rave reviews from his peers and features one of the most diabolical easy-to-read marking systems ever devised.  In December of 2020 DJT released the beautiful Bamboozlers Deck featuring 52 various bar challenges.  Get all 3 decks for a special price.  If you order the signed version, DJT will remove the plastic wrapping from each box and personally sign them all and then put each deck into a protective clear case before shipping them.  This deal will expire once the Doomsday Decks go out of stock forever soon! 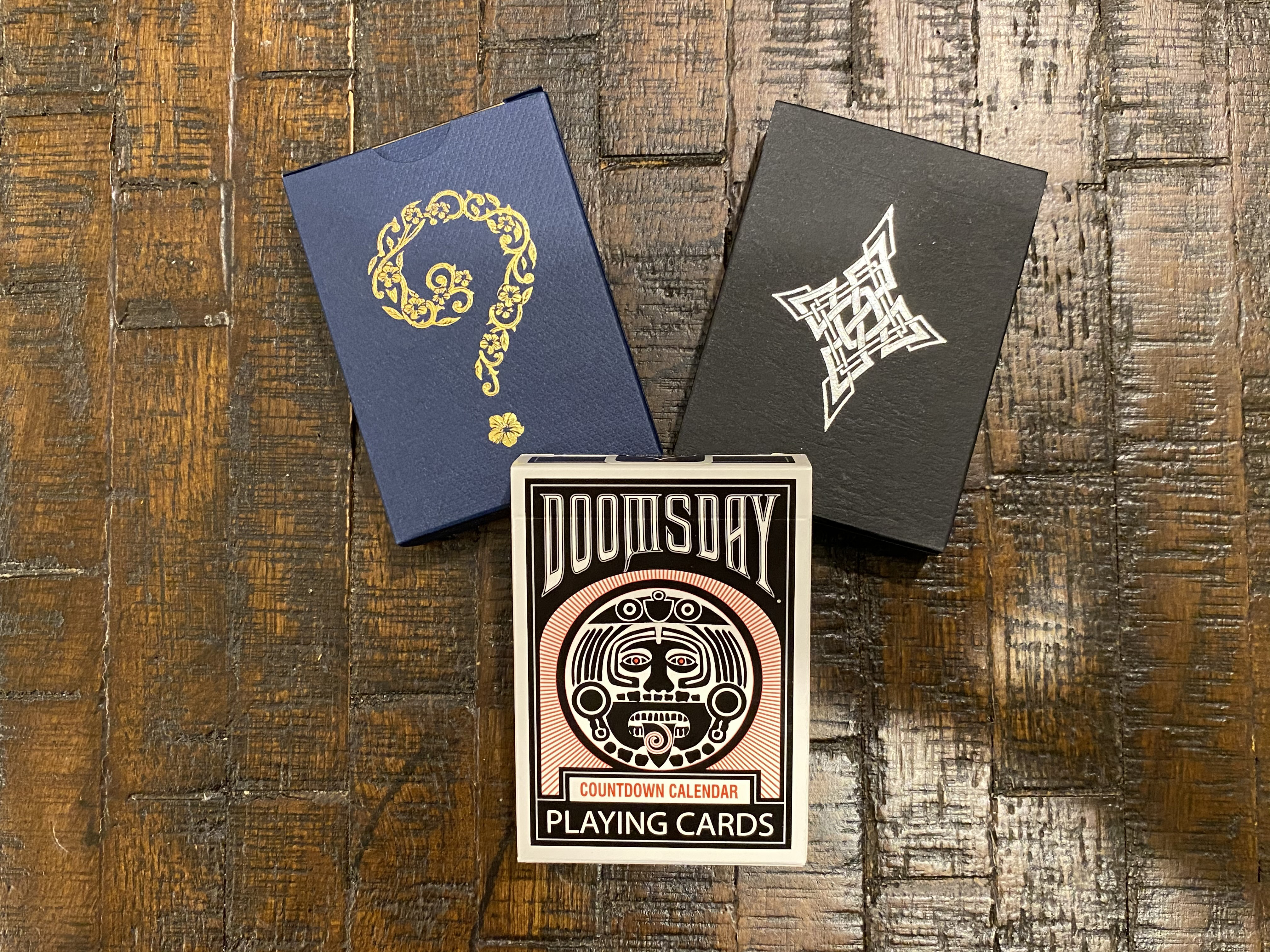