The long awaited Volume 4 is here!  Volume 3 released in 2013.  Once again there are 75 bits of business like the previous volumes.  This is the biggest volume yet.  Volume One had 128 pages, Two had 136 pages, Three had 144 pages and Four has 188 pages.  There’s more jokes and longer routines.  It is the same high quality with heavy stock pages, a faux purple leather cover,  plus a purple silk ribbon marker with matching head/tail bands. The same silver foil stamping and silver gilded pages garnish the book.

This is a limited run.  I do not plan to print a second edition of Volume Four.  Buy it while you can to make your collection complete.  I plan to sell this exclusively.

Click here to see the Table of Contents for all four volumes. 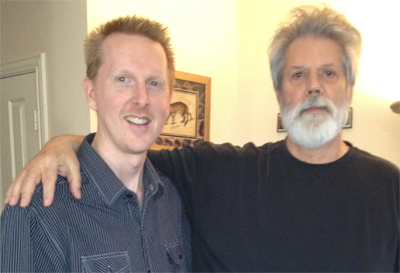 I am the first-born son of Alvin Clarence Thomas, better known as Titanic Thompson.  My father was a legend in the world of gambling.  He was one of the most notorious proposition bettors that ever lived.  His bets were epic like the time he wagered he could knock a golf ball an impossible distance and did so across a frozen lake.  Story has it he even conned Al Capone.  He beat the best at their own games whether it was golf, poker, pool, horseshoes, or shooting trap and skeet.

My dad left home when I was four and I grew up reading stories about him like Jim did.  I met dad toward the end of his life.  We bonded and became very close.  Dad would have loved Jim’s books and Texas wit.  My father performed many of the bets found in Bamboozlers.  Diamond Jim’s mind works a lot like dad’s did and Jim provides many time-tested hustles in this book.  However, Jim himself has never used his knowledge of swindles to con people out of their money.

For many years I was a card cheat like my father.  For the last 25 years I have ministered the Gospel of Jesus Christ in prisons, jails and churches.  I traded playing cards for the Bible when I realized there were only two winning hands and they were both nailed to a cross.  Diamond Jim, who is also a Godly man, has been a good friend for years and I’ve personally witnessed him amaze people and leave them in awe.  Somehow, he has managed to capture that fun in this series.  Enjoy it.  –Tommy Thomas